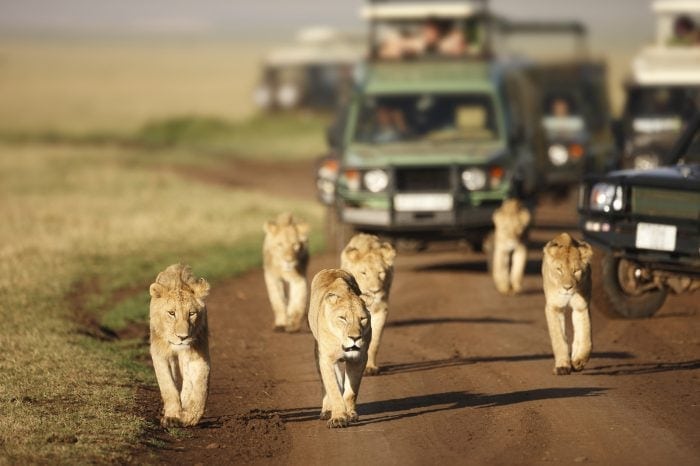 7 days safari starting from Nairobi to the Masai Mara, Lake Nakuru and Lake Naivasha, then to Amboseli and back to Nairobi. 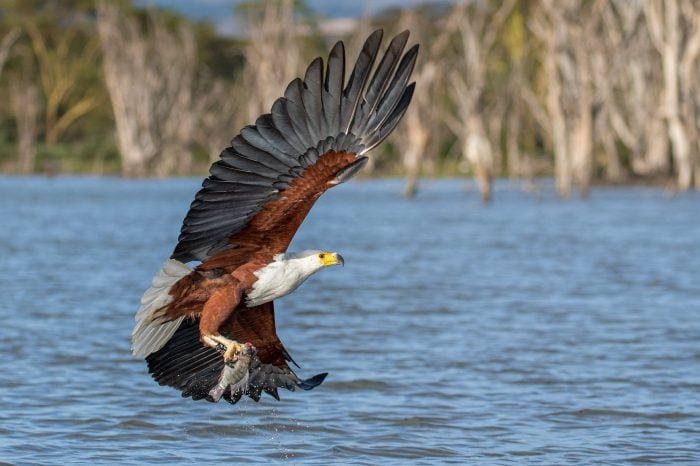 7 days safari starting from Nairobi to the Masai Mara, Lake Nakuru and Lake Naivasha, then to Amboseli and Tsavo East National Park. 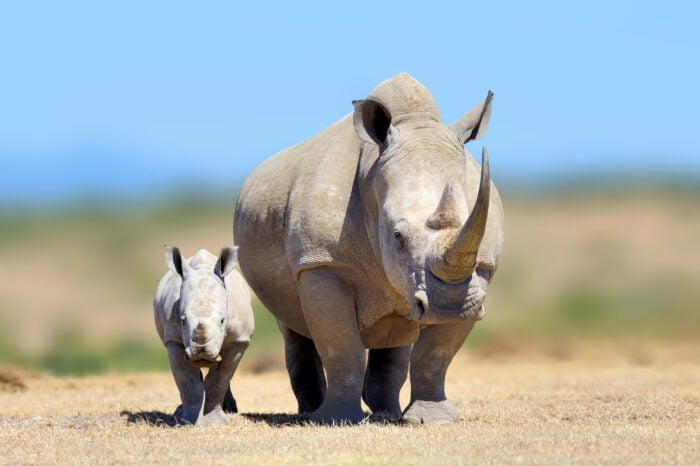 A 10 day safari from Nairobi to Samburu National Reserve, the Aberdares, Lake Nakuru, then on to the Masai Mara, Lake Naivasha, Amboseli National Park, Tsavo West National Park, and arriving on the 10. day … 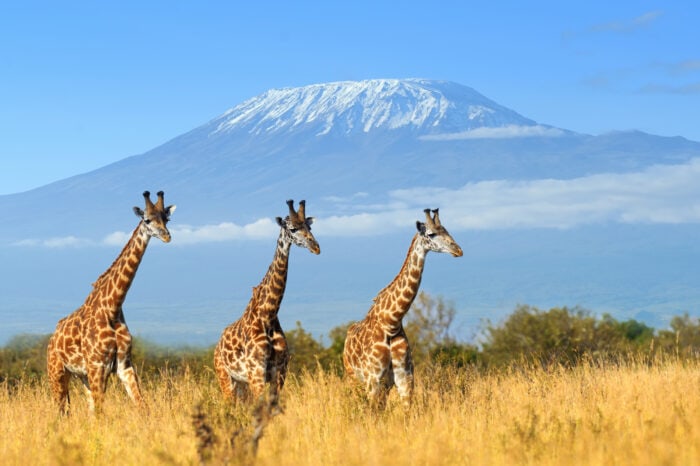 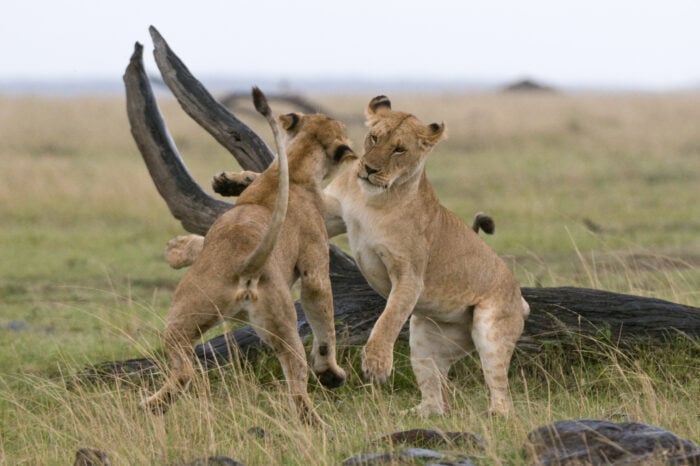 Kenya Safari, Diani Beach Safari to the Tsavo East National Park, then to Amboseli National Park, onward drive to the Masai Mara, the most famous nature reserve in Kenya, on the fifth day drive to … 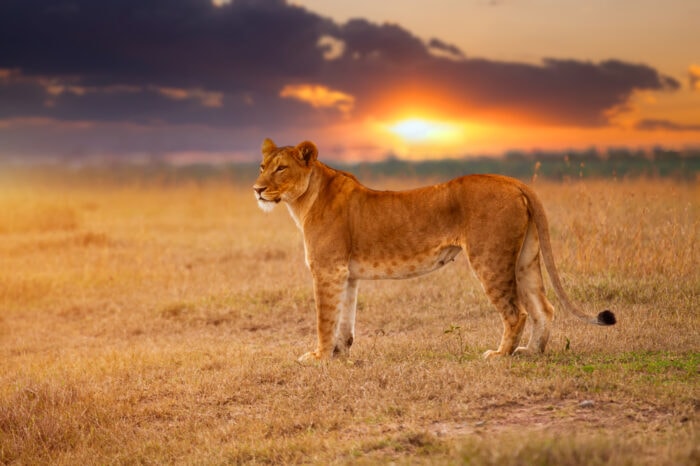 2 days (1 Night) by plane to the Masai Mara, from Ukunda, Mombasa or Nairobi

2 days by plane to the Masai Mara, from Ukunda, Mombasa or Nairobi, depending on availability and subsequent safari in the Masai Mara with a 4x4 Jeep. 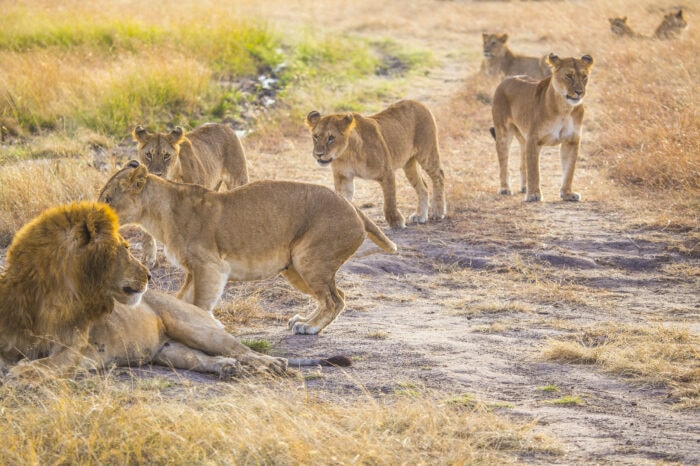 6 Days private Tanzania Safari from Arusha via Ngorongoro to Serengeti and Lake Manyara to Mombasa. 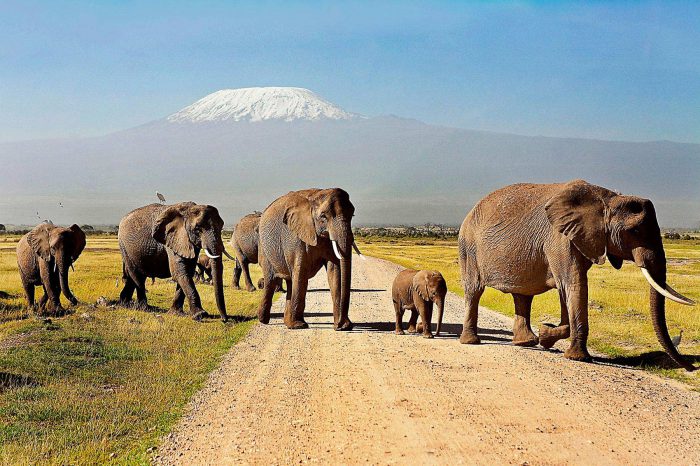 5-day safari with 4 overnight stays in a private Jeep from Nairobi to Amboseli, Lake Naivasha and into the Masai Mara with subsequent domestic flight from Nairobi to Diani Beach ( Ukunda ). 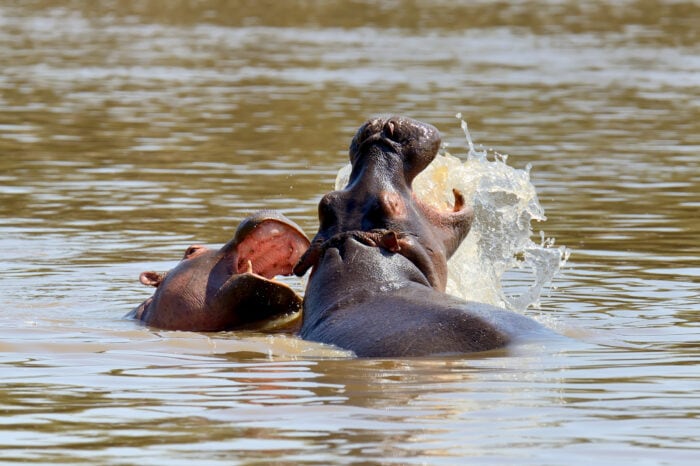 Your Kenya Safari takes you first from Nairobi to Lake Nakuru and then to the Masai Mara. Afterwards you will return to Nairobi. This safari is suitable as a follow-up safari after a holiday at … 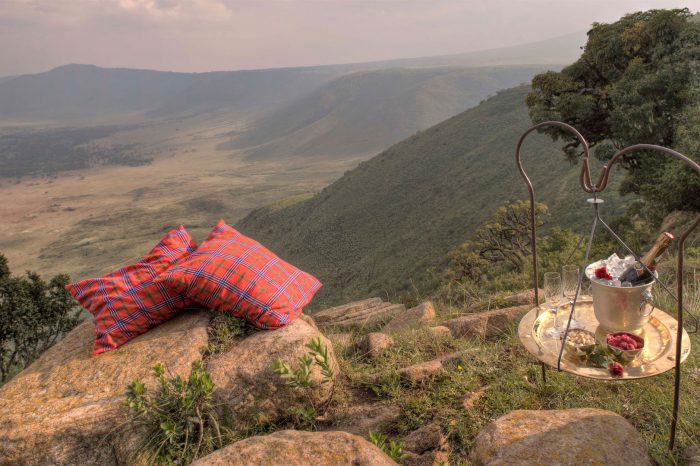 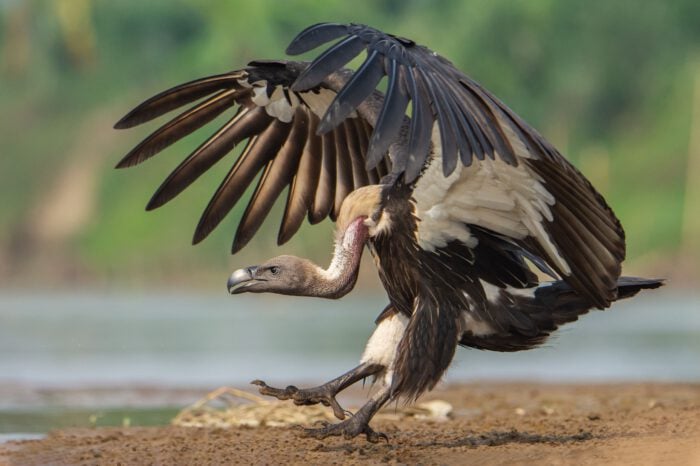 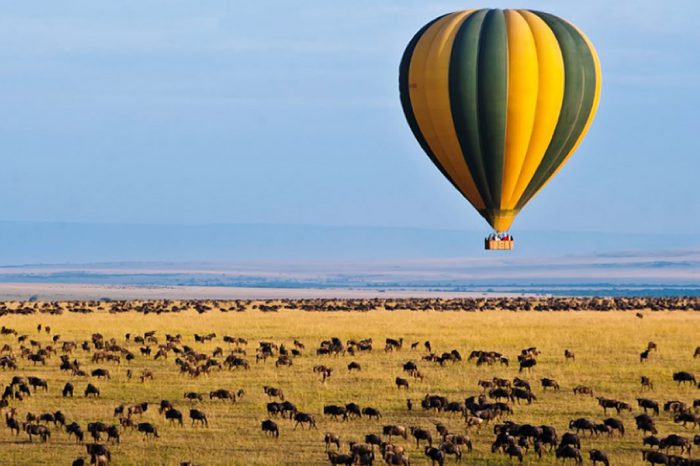 3 days (2 Nights) by plane to the Masai Mara, from Ukunda, Mombasa or Nairobi

3 days by plane to the Masai Mara, from Ukunda, Mombasa or Nairobi, depending on availability and subsequent safari in the Masai Mara with a 4x4 Jeep. 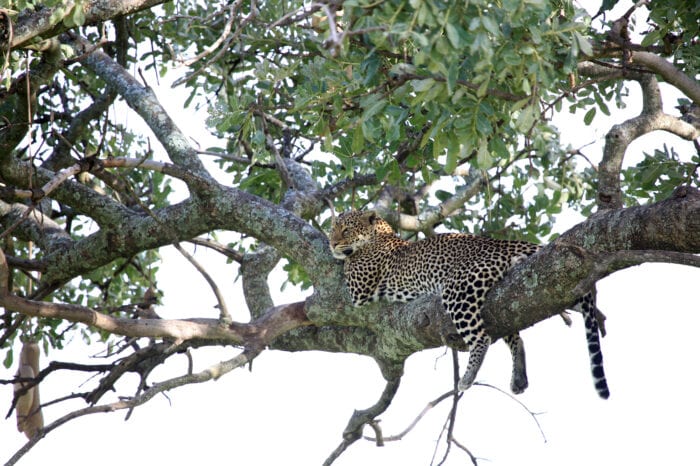 7 day special Safari departing from Nairobi and returning to Nairobi or Diani Beach via flight, first to the Samburu Game Reserve, Aberdare, then to Lake Nakuru and then to the Masai Mara. 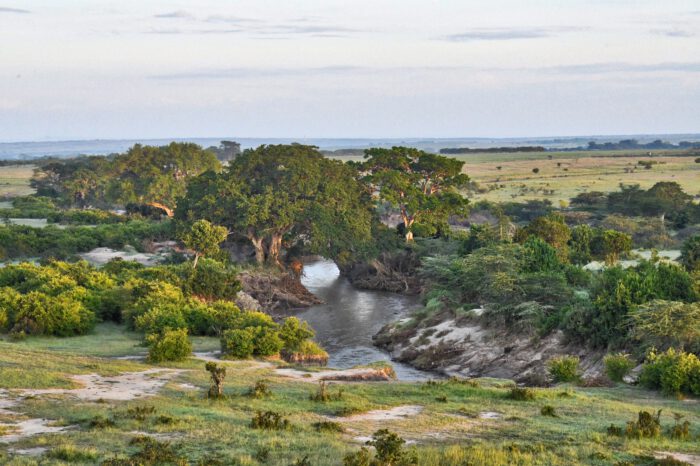 An 11 day adventurous safari from Nairobi to the Aberdares, Samburu National Reserve, on to Lake Nakuru, then the Masai Mara, from there to Lake Naivasha, Amboseli National Park and Tsavo East, with arrival at … 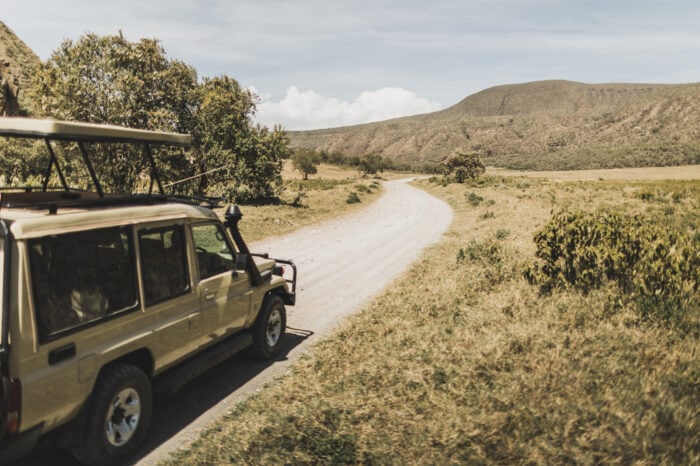 14-day safari with the most famous national parks and reserves in Kenya. 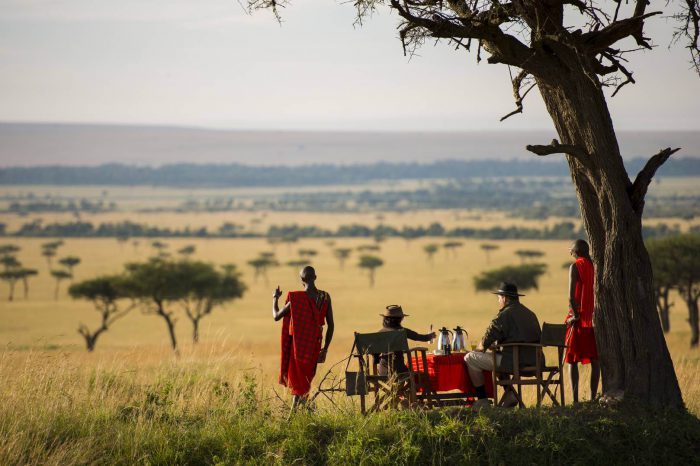 Spend your honeymoon on a safari in the Masai Mara and Lake Nakuru. Simply something different from the usual honeymoon.

The Great Wildebeest Migration No where in the world is there a movement of animals as immense as the wildebeest migration, over two million animals migrate from the Serengeti National Park in Tanzania to the greener pastures of the Masai […]

No where in the world is there a movement of animals as immense as the wildebeest migration, over two million animals migrate from the Serengeti National Park in Tanzania to the greener pastures of the Masai Mara National Reserve in Kenya during July through to October.
The migration has to cross the Mara River in the Masai Mara where crocodiles will prey on them. This is one of the highlights as the animals try and cross the Mara River alive.
In the Masai Mara they will be hunted, stalked, and run down by the larger carnivores. The Masai Mara also has one of the largest densities of lion in the world and is no wonder this is the home of the BBC wildlife channels Big Cat Diary.

The stage on which this show is set is loosely termed the Serengeti Ecosystem, about 40, 000 square kilometres pretty much defined by the dominant migration routes of the white bearded wildebeest (Connochaetes tuarinus mearnsi) and comprises parts of the Ngorongoro Conservation Area in the south; the Serengeti National Park and the adjacent Maswa Game Reserve and other ‘controlled’ areas in the centre, east and west; and the Masai Mara Game Reserve to the north. The principle players are the wildebeest, whose numbers appear to have settled at just under 1.5 million, with supporting roles from some 350,000 Thomson’s gazelle, 200,000 zebra and 12,000 eland. These are the main migrators and they cross the ranges of over a quarter of a million other resident herbivores and, of course, carnivores. The lions, hyenas, leopards, cheetahs and lesser predators await the annual coming of the migration with eager anticipation.
In reality there is no such single entity as ‘the migration’. The wildebeest are the migration – there is neither start nor finish to their endless search for food and water, as they circle the Serengeti- Mara ecosystem in a relentless sequence of life and death. ‘The only beginning is the moment of birth,’ notes acclaimed East African author and photographer Jonathan Scott, who has spent the better part of the last 30 years chronicling the events of the Serengeti and Masai Mara. Similarly the only ending is death.
There is little predictability about the migration, and questions as to which is the best month to view it are likely to get different answers from different people. According to Scott, ‘You could spend a lifetime in the Serengeti-Mara waiting for the typical migration. The finer details of the herds’ movements are always different. It is a dynamic process which defies predictions: no two years are ever quite the same.’
Probably the most important element of the environment to its inhabitants is the weather and the cycle of four seasons per year undoubtedly has the defining influence on the migration. The seasons are reasonably defined: the ‘short dry season’ is typically December to February/March; the ‘long rains’ fall over a six week period from March through April and into May; and the ‘long dry season’ is from June to September, with the two-week ‘short rains’ falling any time from October into November. There are however, no guarantees about these dates.

Masai Mara
Manage Cookie Consent
We use cookies to optimize our website and our service.
Manage options Manage services Manage vendors Read more about these purposes
Preferences
{title} {title} {title}
× How can I assist you?